Centers for Disease Control and Prevention:

Nurse practitioners and licensed midwives who provide clinical care to HIV-Infected individuals in collaboration with a physician may be considered HIV Experienced Providers provided that all other practice agreements are met (8 NYCRR 79-5:1; 10 NYCRR 85.36; 8 NYCRR 139-6900)

Physician assistants who provide clinical care to HIV-infected individuals under the supervision of an HIV Specialist physician may also be considered HIV Experienced Providers (10 NYCRR 94.2)

Expert HIV care provider: A provider with extensive experience in the management of complex patients with HIV.

Who Should be Tested for HIV?

What does the NYSDOH AIDS Institute guideline recommend for HIV screening in the general population?
Healthcare providers should offer HIV testing to all individuals aged ≥13 years old as part of routine healthcare.

What does NYS public health law require with regard to HIV testing?
New York State public health law requires that all individuals aged ≥13 years old receiving care in a primary care setting, an emergency room, or a hospital be offered an HIV test at least once. The law also mandates that care providers offer an HIV test to any person, regardless of age, if there is evidence of activity that puts an individual at risk of HIV acquisition.

Also, any individual who has been diagnosed with a sexually transmitted infection (STI) should be offered HIV testing.

How often should HIV screening be performed in individuals who engage in high-risk behavior?
Patients who engage in high-risk behavior should be screened every 3 months. Healthcare providers should provide or refer these individuals for ongoing medical care, risk-reduction counseling and services, and HIV prevention, such as pre-exposure prophylaxis (PrEP). Access to care and prevention are important to maintain the health of individuals at risk and to prevent transmission by those who acquire HIV.

How often should HIV screening be performed in individuals who do not fall into a high-risk behavior category?
According to data from the Centers for Disease Control and Prevention (CDC) [Dailey, et al. 2017], 1 in 2 individuals with HIV have had the virus at least 3 years before diagnosis. Many of these individuals did not acknowledge themselves to be at high risk. The U.S. Preventive Services Task Force notes that for individuals not engaged in the high-risk behavior outlined above but still at increased risk, a somewhat longer interval (for example, 3 to 5 years) may be adopted [U.S. Preventive Services Task Force 2016]. A change in sex partner or marital status merits repeat HIV screening. Routine rescreening may not be necessary for individuals who have not been at increased risk since they were found to be HIV-negative. Women screened during a previous pregnancy should be rescreened in subsequent pregnancies.

Is written consent required before an HIV test is ordered?
As of May 17, 2017, neither written nor oral consent is needed before ordering an HIV test; however, patients must be informed that an HIV test will be performed, and they may opt-out.

What is the best test to use for HIV screening?
The optimal test for screening is an HIV antigen/antibody (Ag/Ab) combination immunoassay, which is a laboratory-based test that uses serum or plasma.

Can a rapid point-of-care test be used for HIV screening?
Yes, although it will detect antibodies later in the course of HIV infection and may miss early infection in many cases. There are also newer point-of-care tests that detect antigens and, therefore, earlier infection. It is worth clarifying with your facility which rapid test is used.

Which HIV test should be performed in an individual who has been diagnosed with an STI?
The optimal HIV test is always an HIV Ag/Ab combination immunoassay.

Should an Ag/Ab HIV combination immunoassay be used to screen for HIV in individuals who are taking PrEP?
Yes, that is the optimal test. A rapid point-of-care test can be performed at the same time so patients have an immediate answer, but the rapid test should not replace the  Ag/Ab combination immunoassay. If exposure is recent (within the past 10 days) or the patient has signs or symptoms of acute HIV, an HIV RNA test should be ordered.

What follow-up is recommended if an individual has a reactive point-of-care rapid test (such as OraQuick)?
As follow-up, the healthcare provider should:

What follow-up is recommended when a patient’s HIV Ag/Ab combination immunoassay is reactive?
In this scenario, the healthcare provider should:

What follow-up is recommended if an individual’s HIV test is negative, but they remain at high risk of acquiring HIV?
In this scenario, the healthcare provider should discuss and/or recommend PrEP and ensure that the patient has access to PrEP services. The healthcare provider should also provide risk-reduction counseling (e.g., safer sex practices, needle exchange, post-exposure prophylaxis [PEP]) and advise retesting for HIV every 3 months for as long as the individual is at risk.

How soon after infection can HIV be detected with existing HIV tests?
The length of time depends on which HIV test is used. The “window period” is the time between acquiring HIV infection and the time when a specific diagnostic test can detect HIV. For example, as early as approximately 18 days after infection, an Ag/Ab combination immunoassay may be positive for HIV, reliably up to 45 days (window period for laboratory test) or 90 days (window period for rapid test) afterward. It takes approximately 10 days after infection for HIV viral load to be detectable on an HIV RNA test.

Can a person who has HIV transmit the virus to another person during the window period?
Yes.

Which laboratory tests should be ordered for an individual who is suspected of having acute HIV?
The healthcare provider should order an HIV-1 RNA test (viral load) and an HIV Ag/Ab combination immunoassay.

Is a person with acute HIV able to transmit the virus to others?
Yes. A person’s HIV viral load rises quickly during the acute phase, which makes the virus highly transmissible.

When treating a pregnant individual who has acute HIV, should the healthcare provider consult with a specialist?
If acute HIV infection is suspected in a pregnant individual, the care provider should first order HIV RNA testing and an Ag/Ab combination immunoassay (recommended) or Ab differentiation immunoassay (alternative) HIV test. If the HIV RNA test is positive or the HIV test is reactive, then, as soon as possible, the care provider should consult with or refer the patient to a clinician who is experienced in diagnosing and evaluating acute HIV infection.

Should all patients who are tested for HIV be offered PrEP?
PrEP should be offered to all individuals whose behavior may expose them to HIV. PrEP should be prescribed as part of a comprehensive prevention strategy that includes risk-reduction counseling about safer sex practices, condom use, and safer injection practices, as well as referral to syringe exchange programs and drug treatment services when appropriate.

What is the recommended response to an individual who reports a possible exposure to HIV?
Exposure to HIV is a medical emergency that requires a prompt response.

Should an individual who has been exposed to HIV be tested more than once?
The NYSDOH AI PEP to Prevent HIV Infection guideline recommends serial HIV testing, with the first test at baseline (at the time the person presents for PEP) and then at 4 and 12 weeks after exposure.

Where can I learn more about PEP (including the antiretroviral medications used for PEP) and PrEP?
See the NYSDOH AI guidelines PEP to Prevent HIV Infection and PrEP to Prevent HIV and Promote Sexual Health.

How to Find an Expert in HIV Care

How do I locate a healthcare provider with experience in treating patients with HIV, for consultation or referral?
The NYSDOH Clinical Education Initiative (CEI) provides access to HIV specialists through their toll-free CEI Line: 1-866-637-2342.

How to Learn More 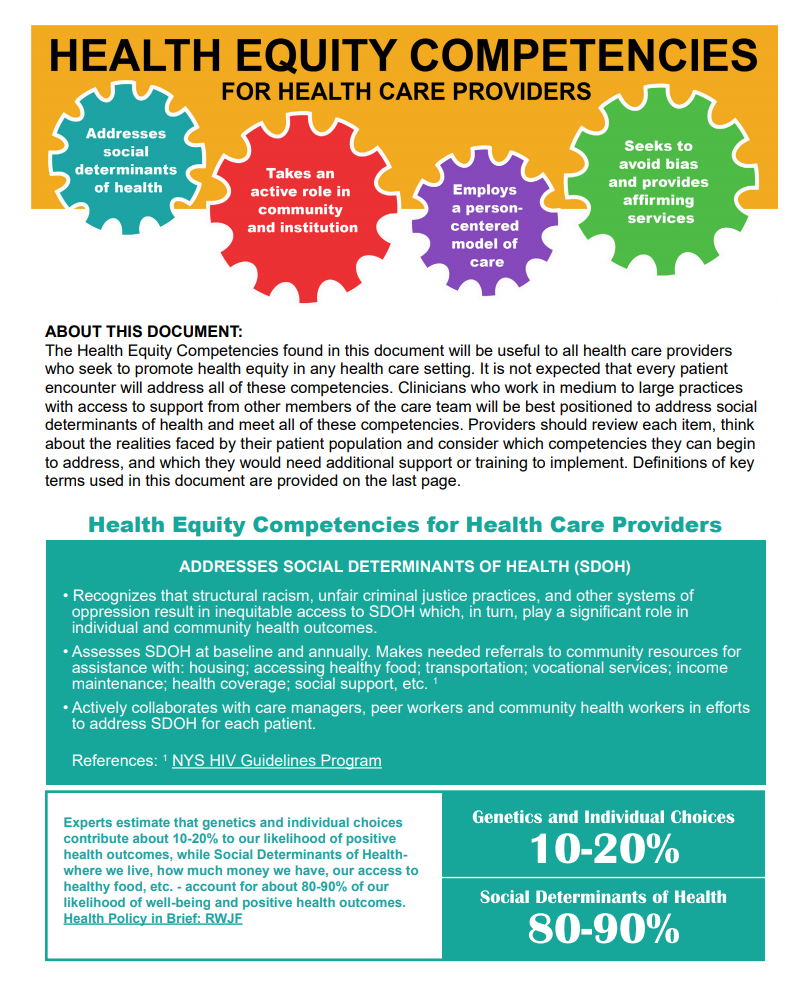 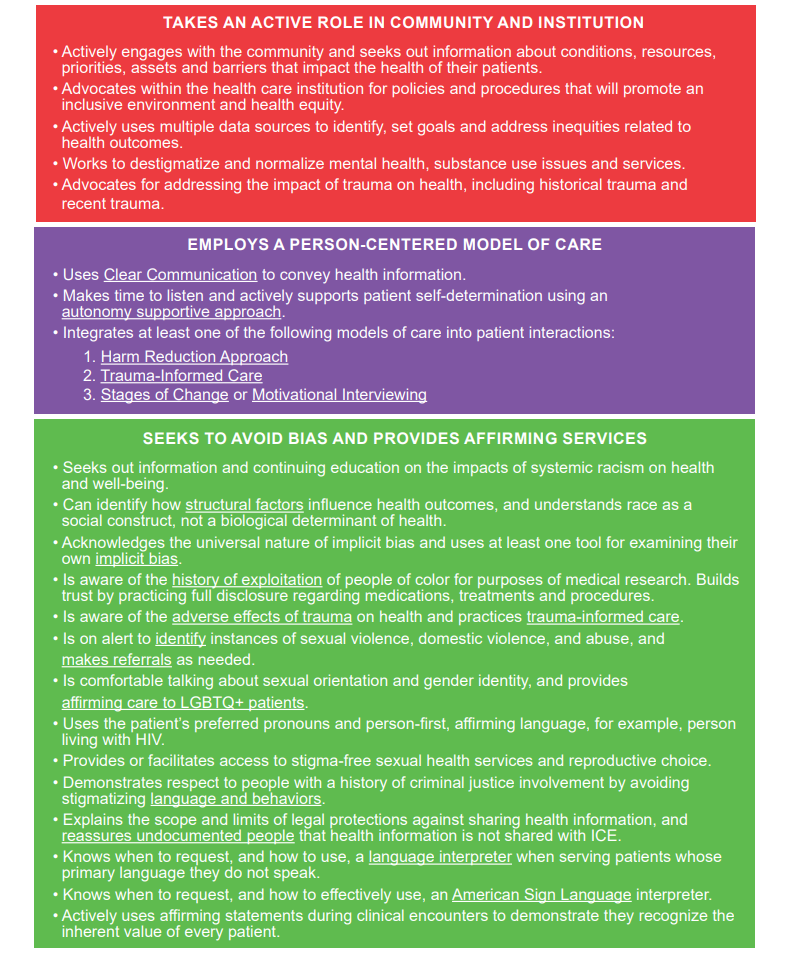 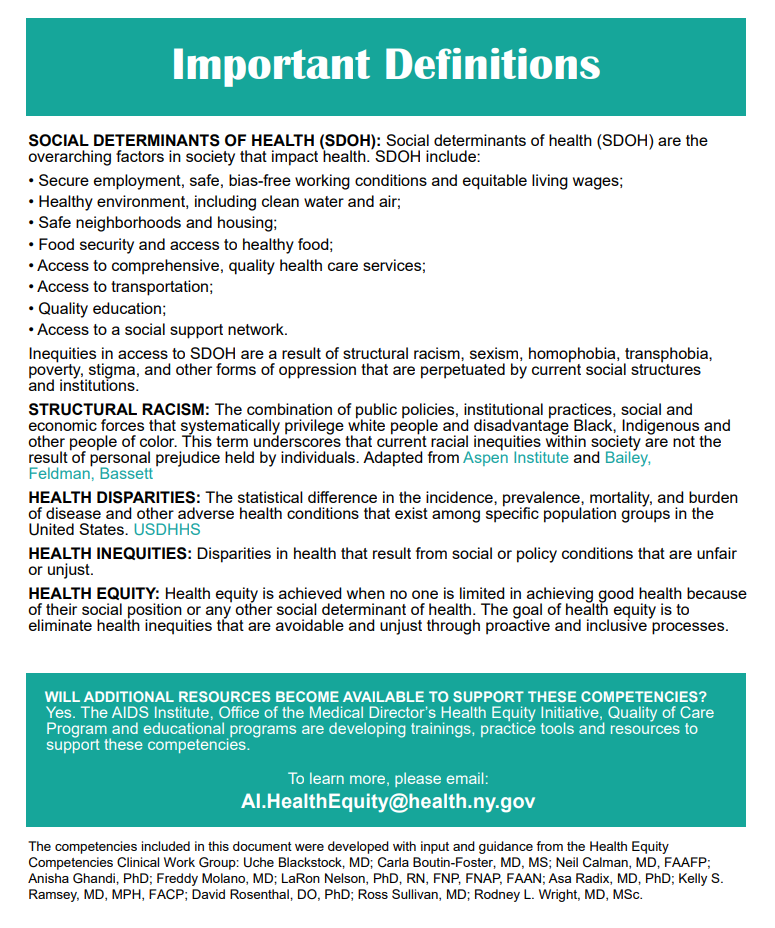 Developed by Sarit A. Golub, PhD, MPH, Hunter College and Graduate Center, City University of New York, in collaboration with the NYC Department of Health and Mental Hygiene, Bureau of HIV, July 2019

In contrast, the GOALS framework is designed to streamline sexual history conversations and elicit information most useful for identifying an appropriate clinical course of action.

The GOALS framework was developed in response to 4 key findings from the sexual health research literature:

The Body: HIV Testing: What You Need to Know

We are very grateful for feedback on the website and on your experience and would appreciate it if you would complete our brief survey.

Yes, I will give feedback–take me to the survey now.